120 Assistant 2 (120A2) went on scene first and forced entry through a gate along Clarksburg Road. 120A2 then established command and made audible contact with the victims once he was able to make it to the flood waters' edge. 120A2 proceeded to advise incoming units that ice would need to be broken at the launch and boat(s) would need to be deployed for rescue.

Next on scene were 131 (Saltsburg FD) and 330 (Tunnelton FD) units. 131/330 Water Rescue personnel also donned appropriate PPE and both of 131's inflatable boats were quickly launched.

Shortly thereafter initial contact was made with the victim across the flooded Aultman Bay.

131 Boat 1 removed the victim from the water and ferried the victim back to the boat launch area where Citizen's Ambulance Service took over patient care. 131 Boat 2 stayed with the second person in the kayak - as he was able to paddle himself back to shore once his partner was rescued.

131 Boats made one more trip across the bay to recover lost belongings before all boats and personnel were removed from the water.

Great work to all parties involved during this multi-agency Water Rescue response. 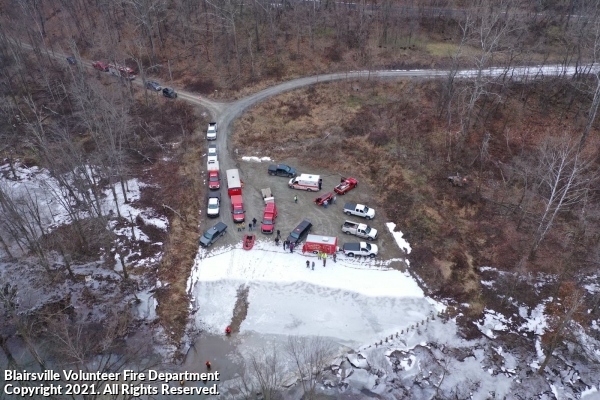 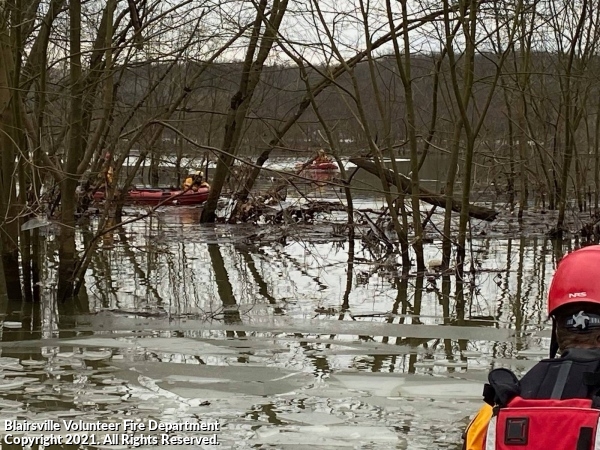 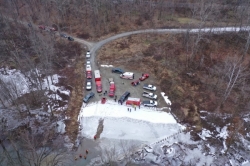 Dec 30, 2020 the Indiana County Water Rescue Team was Activated for one kayak capsized, reportedly in the area of Aultman Run boat access along the Conemaugh River. One victim was reported to be in the water clinging to a tree.
➜
Clarksburg Road Barn Fire Assisting 330

On 1/19/2016 Station 120 was activated by Indiana County 911 to assist station 330 with a barn fire on Clarksburg road. Assistant 330 went on scene with a fully involved structure w/ exposures. E121 assisted with B side exposure protection.
➜
Structure Fire-Shady Hollow

At 0600hrs stations 132, 71, and 41 where dispatched to a structure fire on Shady Hollow road. 132 A1 went on scene with a working fire, fire in the attic space. A tanker assignment was then added to the alarm.
➜
MVA with entrapment Rt 217

At 1643 hrs Station 132 was dispatched by Westmoreland 911 to assist station 92 with a working structure fire in hillside. First arriving Officers found a fully involved garage. E41 was first in, crews advanced lines, E132-1 laid in from a hydrant at the end of the drive, and supplied E41.
➜
Standby into Westmoreland station 41
05:20 hrs. Station 120(Westmoreland 132) was dispatched to standby in station 41(Derry) while 41 crews assisted 113 with a working structure fire in the city of Latrobe. E132-1 remained on standby until approx.
➜
Structure Fire - Ash St.
At 00:15 hrs. Station 120 was dispatched with station 140( Blacklick VFD) to assist with a structure fire on Ash St, Burrell Twp. 140 Chief on scene with a working fire in division 2, and the attic. Truck 146's crew stretched a line to the A side.
➜
Structure Fire- Cheese House

2/09/14 21:59hrs. Station 132 dispatched for a structure fire at the Cheese House. 132 Chief on scene with heavy fire on the B/C corner, of the 1 story wood framed structure. E132-1 arrived shortly after 132 Chief, and began defensive operations.
➜
MVA with injuries and entrapment.

Stations 120 and 140 were dispatched for a MVA with injuries on route 22 at Litner drive. Rescue 125 and Engine 121 on scene found a 5 car accident with numerous injuries and 2 people pinned. The crews from Blairsville and Blacklick went to worked extricating the 2 patients while ems handles the inj...
➜
Multiple alarm fire in Homer City

At 4:30 am crews dispatched to assist the Homer City fire department with a large commercial building fire. On scene crews from Engine 121 and service 124 assisted with water supply, extinguishment and protecting the exposure's.
➜
Grange Road first due fire.

Station was dispatched to grange road for a reported building fire. On scene crew from engine 121 pulled a hand line and advanced to the kitchen where they extinguished the fire. Crews from surrounding departments assisted with salvage and overhaul.
➜
MVA with Entrapment
Stations 120 and 140 where dispatched to RT. 22 at Lintner road for a MVA with reported entrapment. On scene Crews found a small car and a water truck had collided in head on type of accident with on patient still trapped in the car.
➜
Vehicle into a Structure

Blairsville Fire Dept. responded to a vehicle in to a house. Vehicle hit the gas meter. Vehicle and House both on fire.
Residential Structure Fire

Blairsville Volunteer Fire Department was dispatched at 0902 for a residential structure fire. Engine 121 was the first truck on scene with 5, and started the interior attack. Engine 123 was next on scene and sent their manpower inside to assist.
➜
Tree Down on a Handicap Ramp
Blairsville Volunteer Fire Dept was dispatched by Westmoreland County for a tree down on a handicap ramp, residences unable to get out of the residence. Upon arrival a large tree was found to be on the residence and blocking a handicap ramp.
➜
Multiple Trees Down
Blairsville Volunteer Fire Dept responded to multiple trees down over our area due to strong storms that moved thru the area.
1 of 22 of 2
28 entries in the Call history
Recent calls
Water Rescue- Aultman Run Boat access

At 12:56 Hrs. 8/2/14 station 120 was dispatched for a vehicle accident with roll over, and entrapment RT 217 near Ferguson Rd. 120 Chf. went on scene confirming entrapment, Recue 125 quickly stabilize...
➜
News headlines
Annual Golf Outing- save the date SAVE THE DATE! Our annual GOLF OUTING will be July 10, 2021. More info, the official flyer and registration will be posted soon.
Follow us for updates
As we expand our social media presence, we ask you like and follow our pages. Stay up to date on the latest fundraisers, training, and department events from our pages. Like us on Facebook at https://...
➜
Fish Fry 2021
Fish Fy 2021Updated Menu for the Remainder of the Season!Every Friday During Lent, 4-7PM Take Out ONLY
Swift Water Technician Certification 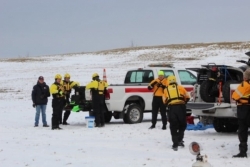 This site has been viewed 67,252 times.
Calls
News
Events
Pictures
Apparatus
Maintained by the members and staff of Blairsville Volunteer Fire Department. Designated trademarks and brands are the property of their respective owners. Copyright © 2006-2021. YourFirstDue Inc. All Rights Reserved. Content on this web site is supplied by Blairsville Volunteer Fire Department. YourFirstDue Inc. cannot be held responsible or liable for any content, text, pictures, or any other media found on this web site.
Management login
Powered by